Are microplastics accumulating in your body?

Have you heard of microplastics?

Those tiny little pieces of plastic get into our bodies and circulate everywhere, which affects our health in many ways.

Why do we have micro plastics in our bodies?

You probably already know this… our oceans are full of plastic!

By the year 2050, the World Economic Forum thinks that our oceans will contain more plastic than fish… that’s pretty sad!

The plastic disintegrates and the fish eat the microplastics… and we eat the fish!

But microplastics don’t only come from the fish we eat, we also get them from the water we drink and the air we breathe…

A recent study by the Environment Agency Austria estimated that more than half of the world population may have microplastics in their stools.

Plastic is a material that is made of different petrochemicals and semi-synthetic organic compounds like polylactic acid (from corn).

When plastic bottles and containers end up in the ocean, they are exposed to sunlight and start to breakdown.

Microplastics will move with currents and will be found throughout the oceans. Microplastics are consumed by wildlife, which is a huge problem. Microplastics kill the animals and poison the humans that consume seafood.

It is estimated that about eight million metric tons of plastics get into the oceans annually, and approximately 5.25 trillion plastic particles are currently circulating in the ocean waters… and 80 percent of them would be from land-based sources.

Why are Microplastics dangerous?

After we ingest microplastics, they circulate from our gut into our blood where they are carried through the lymphatic system and into our internal organs.

Microplastics can accumulate in the liver, the kidneys and the gut.

According to “Microplastics in Seafood and the Implications for Human Health,” the accumulation of microplastics in the body has been shown to have negative health effects on our inflammatory responses, oxidative stress, nutrient absorption, gut microbiome, and reproduction.

Another concern with microplastics is that they contain endocrine-disrupting chemicals. Ingesting them regularly can lead to negative changes to your endocrine systems.

Think about it… so many people now have thyroid issues, hormone-sensitive cancers, and reproductive difficulties. I think this could be linked to our consumption of plastics.

As you may know, tap water toxicity is also a concerning health topic in the United States and around the world. Sadly, microplastics are present in our drinking water. According to one investigation, 83% of major metropolitan areas around the world had plastic fiber contamination in their water.

You may think that water bottles are a safer choice…

but they’re not! The World Health Organization (WHO) published an analysis revealing that 90% of some of the world’s top bottled water brands contained tiny pieces of plastic.

Microplastics are even in the air

According to a research published in April 2019, microplastics are even circulating in the air!

In a study published in the journal Nature Geoscience, French researchers reported that thousands of microplastic particles were found in the atmosphere of Pyrenees, a mountain region of France.

This study shows that microplastics can travel through the air for at least 60 miles (95 km).

Because micro plastics are accumulating in our oceans, we can now find them in sea salts and seaweed products.

How to Avoid Microplastics

This is a tough one! Because micro plastics are everywhere…

One way to avoid microplastics is to stay away from all seafood and fish products. Not only they contain microplastics but they are also full of heavy metals.

You can also filter your water with carbon filters and reverse osmosis systems.

Some filters may also only remove chlorine…

Reverse osmosis filters are more expensive but they can trap any molecule bigger than water. They are definitely the most effective!

You can also avoid microplastics by staying away from plastic water bottles, styrofoam and any products that contain microbeads.

How to detox from micro plastics

The best way to detox from micro plastics is to cleanse regularly with detoxing foods or/and to do a long fast.

I suggest my 7-day detox and colon cleanse once per year to eliminate accumulated toxins such as plastic and heavy metals. 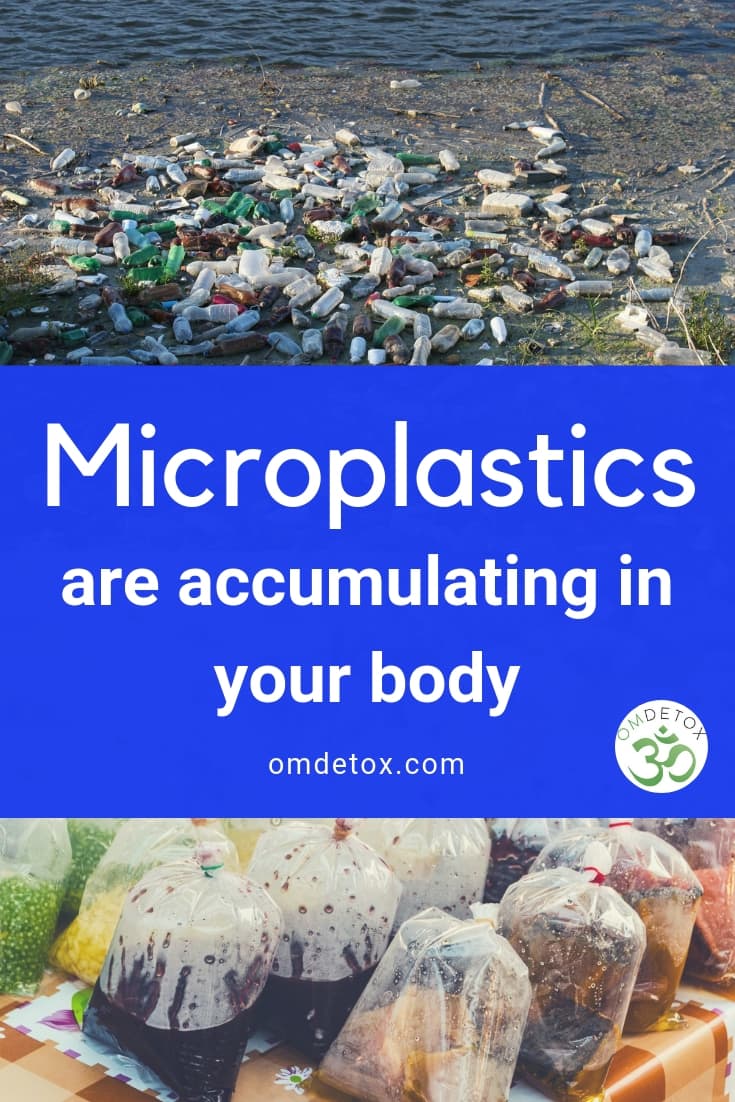