We live in a world full of toxins. We are constantly in contact with air pollution, food contaminants, heavy metals, flame retardants in furniture and other toxic chemicals that poison our bodies. These pollutants are stored in our cells and can be transmitted to our children during pregnancy.

That is why it is essential for women who are preparing for pregnancy to detox their body before conceiving.

Some people call it a cleanse, others prefer the word detox. It doesn’t really matter how you call it. What matters are the results. Cleansing allows you to eliminate the toxicity from your life and heal the damage that has been done to your body.

Cleansing before pregnancy procures amazing benefits, like balancing your body’s pH and increasing your energy. It permits you to eliminate food cravings and encourages weight loss. Cleansing may also relieve allergy symptoms and improve your digestion.

And most importantly, a good cleanse allows you to detox from heavy metals that have been accumulating in your body and that are potentially harmful to your future baby.

2 Reasons Why you Should Stop Eating Fish

All pregnant women are normally advised by doctors to avoid consuming foods that contain high levels of pollutants and heavy metals like mercury, lead, PCBs, and dioxins.

But since these toxins accumulate in the body for years, we should encourage women to not only avoid these foods during pregnancy, but also before conceiving in order to protect the foetus. All women should know about the importance of preparing for pregnancy…

We tell women to take Folate supplements a few months before conceiving… We should also tell them to detox from pollutants before pregnancy!

Methylmercury is the most toxic form of mercury. All fish contain small amounts of it. Even if we consume fish within the safety limits established by our government, studies have shown that exposure to mercury can have adverse neurological effects on child development.

The higher the mercury exposure is, the more we can see a decrease in the child’s IQ. Severe exposure can even cause structural brain abnormalities such as microcephaly (smaller head). 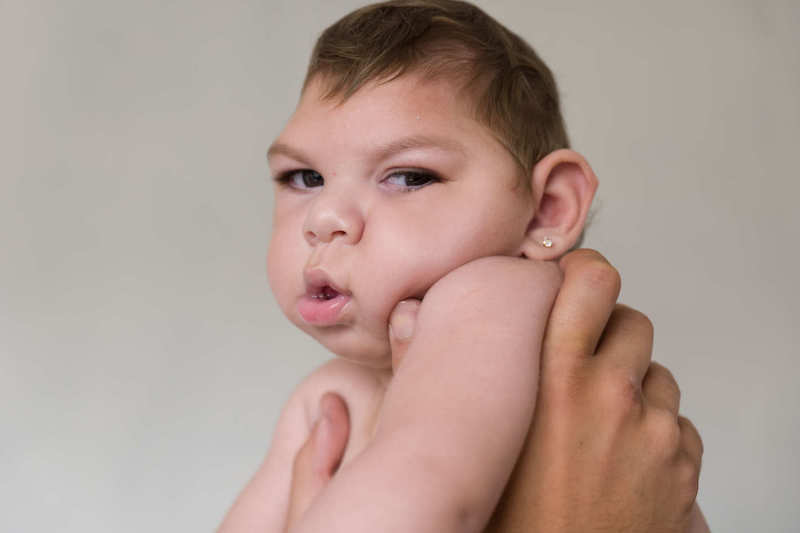 Pre-natal exposure to what is considered low levels of methylmercury still influences fetal brain development. Mercury affects the developing cerebellum, the part of the brain situated at the back of the skull.

Researchers have compared the brain size of newborns of mothers who had low and high mercury levels. They found that the newborns whose mothers had higher mercury levels had cerebellums up to 14% shorter than the ones from the control group with low mercury levels. Preparing for pregnancy should definitely involve avoiding mercury in any way possible.

You Should Detox From Fish 1 Year Before Pregnancy!

Mercury accumulates in the body so women should avoid polluted fish for a year prior to pregnancy. The latest data shows that if a woman eats one serving of fish per week during pregnancy, the child will be exposed to more mercury than six mercury-containing vaccines!

Mercury has a two-month half-life. Within a year of abstaining from eating fish, a woman can detox about 99% of the mercury in her body.

However, the other pollutants found in fish take longer to be eliminated, with a half-life of 10 years for PCBs, DDT and other types of dioxins. This shows again how important preparing for pregnancy is…

Think again! Salmon is Not a Healthy Food Choice

Salmon is considered to be the most contaminated food, especially farmed salmon. Most people think of salmon as a healthy food choice when in reality, farmed salmon might just be the greatest source of dietary pollutants, containing almost ten times more PCB than wild salmon.

Numerous studies, including the Harvard “nurses’ health study” concluded that past accumulation and repeated exposure to industrial toxins, like hexachlorobenzene, may be a risk factor for developing diabetes. This pollutant is found in fish like salmon and sardines.

Toxins (Like PCBs) are Passed to Your Baby While Breastfeeding

PCBs (polychlorinated biphenyls) are manmade organic chemicals that were first used by Monsanto for coolant fluids in the 20’s. They were banned in 1979 after being linked to causing cancer, and damaging the reproductive systems and endocrine systems, just to name a few.

Even if PCBs are not used anymore, they are still found in the blood of pregnant women…

Studies have shown that PCBs get transferred to the baby during pregnancy and while breastfeeding. It is possible to see women’s blood concentrations of PCBs change during pregnancy. Some women will cut their levels in half! They detox themselves by passing on their toxins to their child.

So, should we stop breastfeeding?

Well, the best we can do is to limit our dietary exposure to PCBs, because the benefits of breastfeeding are way too important… 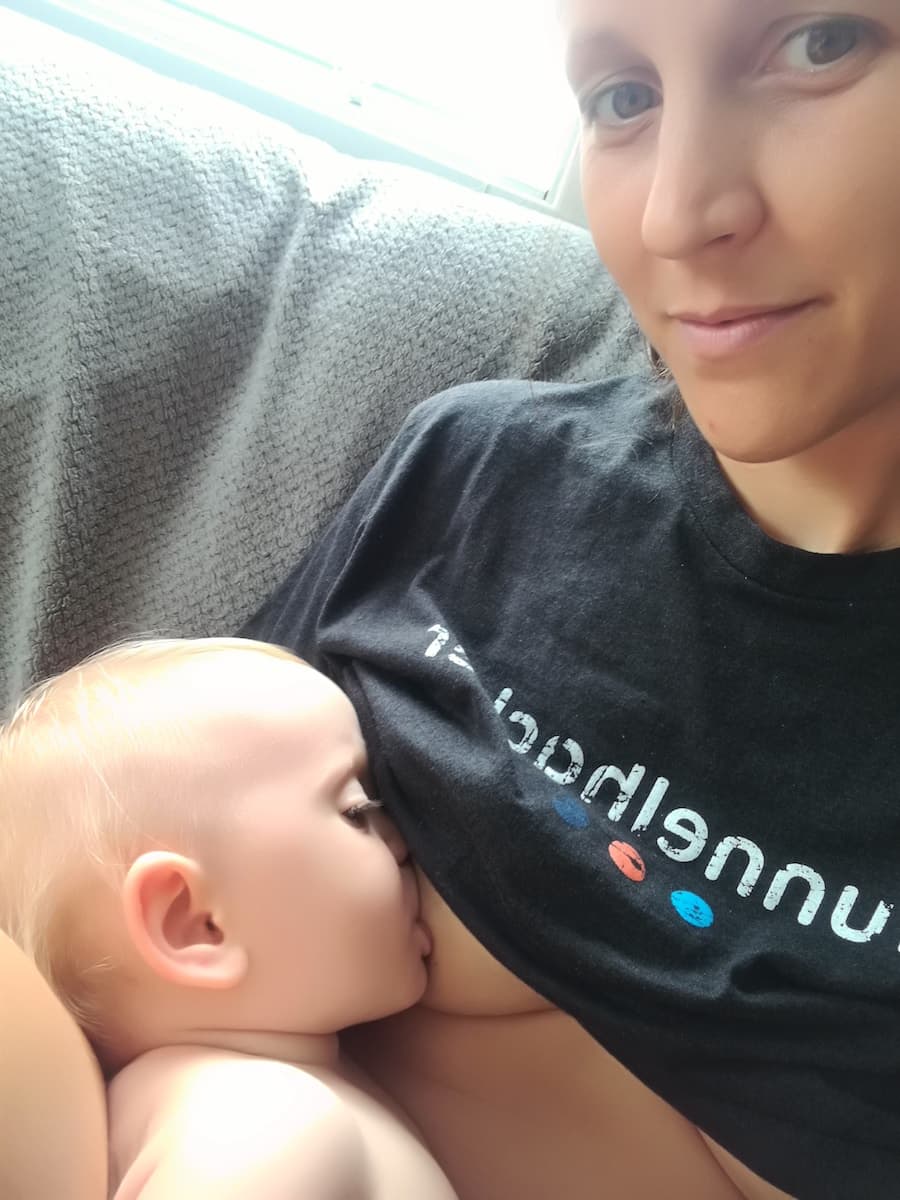 How to Detox From Toxins Before Pregnancy?

Knowing all this new information, preparing for pregnancy may now seem like a stressful thing to you. You definitely don’t want to pass on toxins to you baby!

First, you need to understand that not all toxins can be eliminated. However, some can be avoided. So, there are two ways to detox your body from toxins before pregnancy: avoidance and detoxification.

There will always be toxins around you. From the moment your child is born, he or she will be exposed to toxins. There is nothing you can do about it. But knowing that earlier exposure to pollutants is far more harmful, why not lower your own toxicity levels before you get pregnant?

Here are 10 things you can do…

That includes lobster, shrimp and all the other bottom feeders. If you do eat sea food, do it rarely. I hear you say: “But what about Omega-3?”

Guidelines recommend that pregnant women consume 200 mg of DHA Omega-3 per day. But when you think about it, shouldn’t the possible brain damage caused by toxic pollutants found in fish exceed the benefits of consuming DHA?

But what about fish oil supplements?

Distillation may also leave pollutants in fish oil supplements, and it may exceed the tolerable daily intake. The risk free option is to get DHA directly from the source… from algae, just like fish do. Algae is at the bottom of the food chain, so it is the best way to not worry about toxic pollutants.

Most importantly, we should consume good sources of ALA Omega-3 daily. Unlike the Omega-3 fats found in fish, ALA cannot be made by the body. EPA and DHA can. The ALAs are essential and can only be found in the food. You will find the best sources of ALA in flaxseed, walnuts and chia seeds.

Some foods are grown with more pesticides than others, like apples, berries, celery, tomatoes, corn, cucumber, grapes, peppers, leafy greens, nectarines, peaches, potatoes, peas, soy, meats and dairy. It is best to avoid these chemicals while preparing for pregnancy, during pregnancy, and even while breastfeeding.

Don’t buy beauty products that contain parabens, phthalates, xylene, formaldehyde and toluene. These chemicals will be absorbed through your skin and may cause health problems. Choose natural products instead.

Avoid processed foods, sodas, junk, additives, artificial sweeteners and preservatives. Make your food at home rather than eating out. Don’t buy pre-mix and canned sauces. Make yours from scratch. Eat lots of greens and other veggies, fruits, beans, whole grains, nuts and seeds. Eating real food will provide you with essential nutrients, which is essential for tissue repair and detoxification.

These beneficial bacteria will support your digestion and boost your immune system. They can also help with stress, anxiety, depression, leaky gut, candida overgrowth, weight management, constipation, diarrhea, skin issues and so much more. Get a 5-month supply of probiotics here.

This is something women usually do only when they hear the good news. However, cutting alcohol while preparing for pregnancy is very beneficial. Alcohol decreases your ability to detoxify from certain pollutants like xylene, which is inevitably found in air pollution.

Cigarettes contain more than 4000 chemicals, most of them being carcinogens. Your body will never detoxify if you continuously intoxicate it with tobacco smoke. One smoker out of two will die of lung cancer. If that does not convince you, I don’t know what will.

Going to the sauna permits to sweat the toxins out. Make sure you are not pregnant though, because according to the American College of Obstetricians and Gynecologists, becoming overheated in a sauna is not recommended during pregnancy.

Do a Juice Cleanse 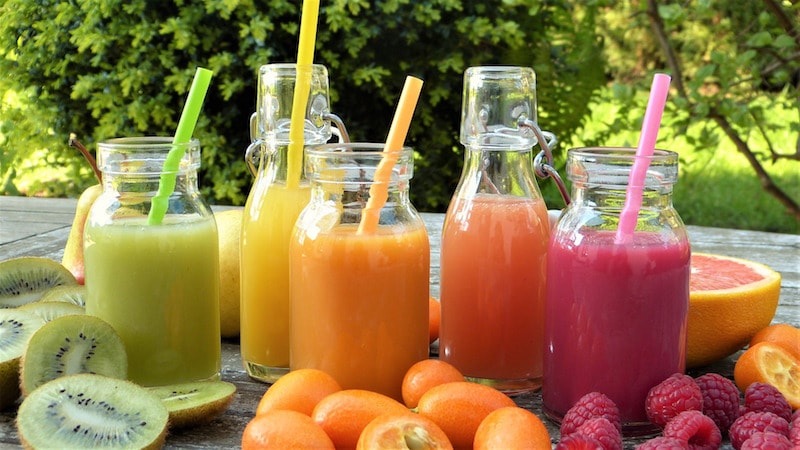 Try not eating solid food for a week. It may sound like an amazing amount of work, but it is not that hard. And the benefits are just incredible.

Fasting is one of the oldest methods of purification. When you abstain from eating food, your body turns to a survival mechanism called ketosis, that burns fat cells for energy. This happens after all the sugar reserves are depleted. Since toxins are stored in fat cells, they will be released and will finally be eliminated.

Taking bentonite clay during your cleanse will help with the detoxification process. The strong negative charge of bentonite can bind to positively charged toxins. The toxin molecules are absorbed by the bentonite molecules and are then ejected from the body. Colon cleansing is also helpful during this process. We recommend this amazing 7 day cleanse.

You should never do a cleanse during pregnancy or while breastfeeding. It is not a good time for fasting. You should keep all your nutrients for you baby and yourself. Additionally, more toxins may be passed to your baby while cleansing. You would be doing more harm than good. A complete body cleanse should only be done when you are preparing for pregnancy, a few months prior to conceiving.

So I turn to you now