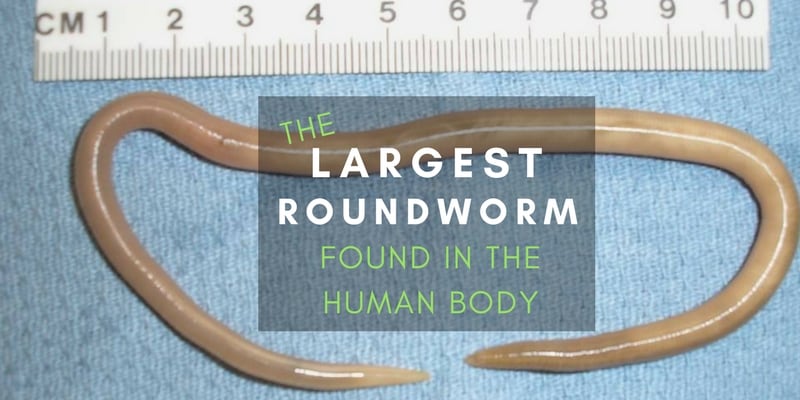 Ascaris lumbricoides (usually called Ascaris) is the most common intestinal parasite in humans. It is also the largest roundworm found in the human intestine. The adult females measure between 20 to 35 cm, while adult males measure 15 to 30 cm.

Ascaris larvae and adults reside in the small intestine and their eggs are passed in the feces of the infected person. An Ascaris female worm can produce 240,000 eggs per day.

Living worms are white or pale pink, with red stripes. They can grow to the thickness of a pencil. One person can be infected with up to 100 worms.

Unlike other nematodes mentioned above, Ascaris worms do not feed on the host. They just lay still in the intestine and feeds off the nutrients. Ascaris needs sugar to survive.

How do you get infected by Ascaris worms

Approximately 1.2 billion people are infected with Ascaris worldwide. Infections are more common in areas with warm and humid climate, and with poor sanitation.

An infection by Ascaris worms is called Ascariasis. It is caused by ingesting Ascaris eggs, when eating contaminated fruits and vegetables, or drinking contaminated water.

The Ascaris worms live in the intestine of a host and their eggs are passed in its feces. When infected people defecate outside, or when human feces are used as fertilizer, Ascaris eggs can mature in the soil and become infective.

When people have infected dirt on their hands, and then put their fingers in their mouth, they can ingest the eggs. Also, if contaminated fruits and vegetables are not properly washed, peeled or cooked, people can easily ingest Ascaris eggs and start the life cycle of the worm.

The symptoms of Ascaris parasites

People can be infected by Ascaris and show no symptoms. However, when symptoms occur, they can include abdominal pain, intestinal blockages, fatigue, strong body odour, fever and coughing (due to the migration of the worms via the respiratory system), and impair growth in children during heavy infections.

In more severe cases, Ascaris worms can cause appendicitis, an invasion of the genital tract, esophageal perforation or peritonitis. Female worms may even migrate into the biliary tract, causing an obstruction or a liver abscess.

(1)Adult worms live in the lumen of the small intestine, usually in the jejunum or the ileum. But they can also be found anywhere from the rectum to the esophagus.
(2)Fertile eggs embryonate and become infective after 18 days or more, (3) depending if the conditions are optimal with moist, warm, and shaded soil. When the infective eggs are swallowed (4), the larvae hatch (5) and enter the intestinal mucosa. Then, they invade the bloodstream and travel through the right heart to the lungs (6). This usually takes 4 days after the ingestion of the eggs. The larvae mature in the lungs for 10-14 days, and then perforate the alveolar walls and go up the bronchial tree to the throat, where they are swallowed (7). Larvae in lungs can cause cough, fever, asthma and pulmonary infiltrates. In the small intestine, the larvae develop into adult worms (1). This cycle requires about 2-3 months.

We do not know why Ascaris and other types of nematodes go through such a migration through the body, just to end up in the intestine and live there for 1-2 years. When they die, they are passed in the stool.

When both the female and the male worms are present in the intestine, about 240,000 fertilized eggs can be produced per day. If only a female is present, she will only produce infertile eggs that cannot be infectious. If only a male is present, then no eggs are produced.

Contrary to what many people think, Ascaris worms do not multiply in the intestine. The number of worms in an infected person depends on the degree of continued exposure to Ascaris eggs. For example, if a person traveled to Asia and brushed their teeth every day with contaminated water, or regularly ate vegetables that were grown in contaminated soil, that person could be infected with a large amount of worms.

How to test for parasites

Ascariasis is usually diagnosed with a stool sample of the infected person. A health care practitioner can detect the presence of Ascaris eggs in the stool with a microscope.

It is common to test negative, even if Ascaris is present in the body. This is because the eggs can only be seen 60-70 days after the ingestion of larvae, and they are very difficult to see in light infections. Some infected people also pass worms in their stool or even cough them up.

How to prevent an Ascaris infection

To prevent being infected with Ascaris parasites, always wash your hands with soap before preparing food. If the food has been grown in manure-fertilized soil, it should be carefully washed, peeled and cooked, to kill any eggs. And of course, you should avoid contact with soil that is contaminated with human feces.

When traveling to warm climate areas where the hygiene is poor, make sure to avoid drinking tap water. Always order cooked food if you suspect that the restaurant has poor sanitation.

The usual treatment for Ascariasis is an anthelminthic medication such as mebendazole and albendazole. Albendazole is the preferred option.

The mechanism of action of these medications is to block glucose uptake of the larval and adult stages, depleting worms from their glycogen stores. With no energy to survive, a parasite is immobilized and then dies.

However, it is recommended for patients to be reevaluated 2-3 months later, to make sure that no eggs are found. It is possible that some larvae were not eliminated, or that the patient has been reinfected.

These medications are poorly absorbed in the GI tract, because of their low aqueous solubility. Their bioavailability can be boosted if taken with a fatty meal (40 g of fat content is recommended).

Some people may prefer to avoid prescription drugs and choose a natural approach instead. Certain herbs have been used to eliminate parasites in a more gentle way. The most commonly used natural treatments include wormwood, black walnut, clove, turmeric, garlic, pumpkin seeds and oregano oil.

To mimic the mechanism of action of prescription drugs, fasting may be the best option. During a fast, worms are not able to feed, resulting in their death. Colon cleansing should be performed to help eliminate the dead worms that still contain eggs.

Check out the parasites that people flush out during our 7-day detox program.

So, do you think you have parasites? Or perhaps you have been infected in the past. What treatment did you choose to get rid of these harmful worms? 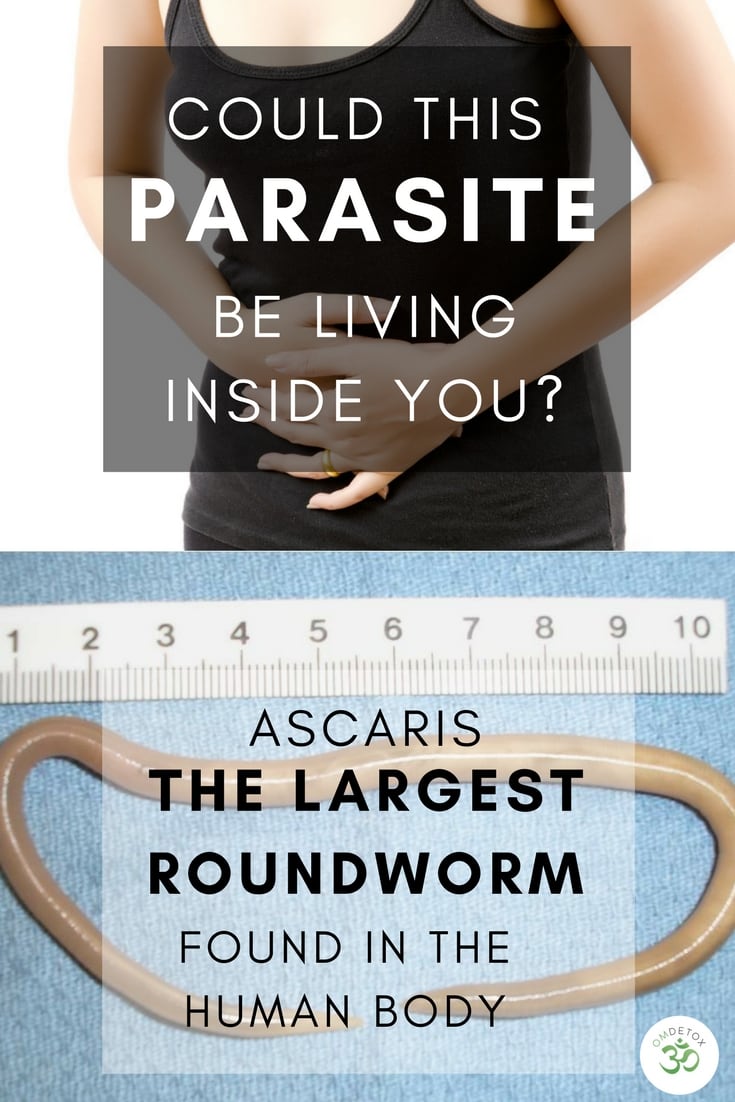